As promised, here is a glimpse of what we've been up to this week! As our first official month of trading draws to a close, I am feeling really positive about the progress we have made. Gary and I have had a lot of discussions about the best way to approach turning this cake decorating malarkey into a business. The two key objectives for our first year are to test whether people are prepared to pay the full price for our product (it seems that yes they are!) and to see how it fits in and around my day job, which to be fair, has to take priority as it is what pays the bills. To this end we agreed not to advertise or seek out business, but just to build a reputation and customer base built on recommendation.

We have forecast a modest 6 cakes per month - roughly what I'd been doing for friends before we turned into a business. This month we surpassed that and delivered 8 cakes. For May we have 16 booked. Yikes! We are already taking orders 6 - 8 months in advance, people I've never heard of are contacting me to order cakes, so the recommendation plan must be working! This next month will be really testing, as not only do we have so many cake orders, but my day job commitments this month are pretty huge and require a lot of travel too. That being said, some of the requests are epic, and there are going to be some really great designs to share!

And talking of sharing, here is this week's offering... a chocolate Mini Cooper, and an Oreo flavoured Oreo cake for a lover of - you guessed it - Oreos! 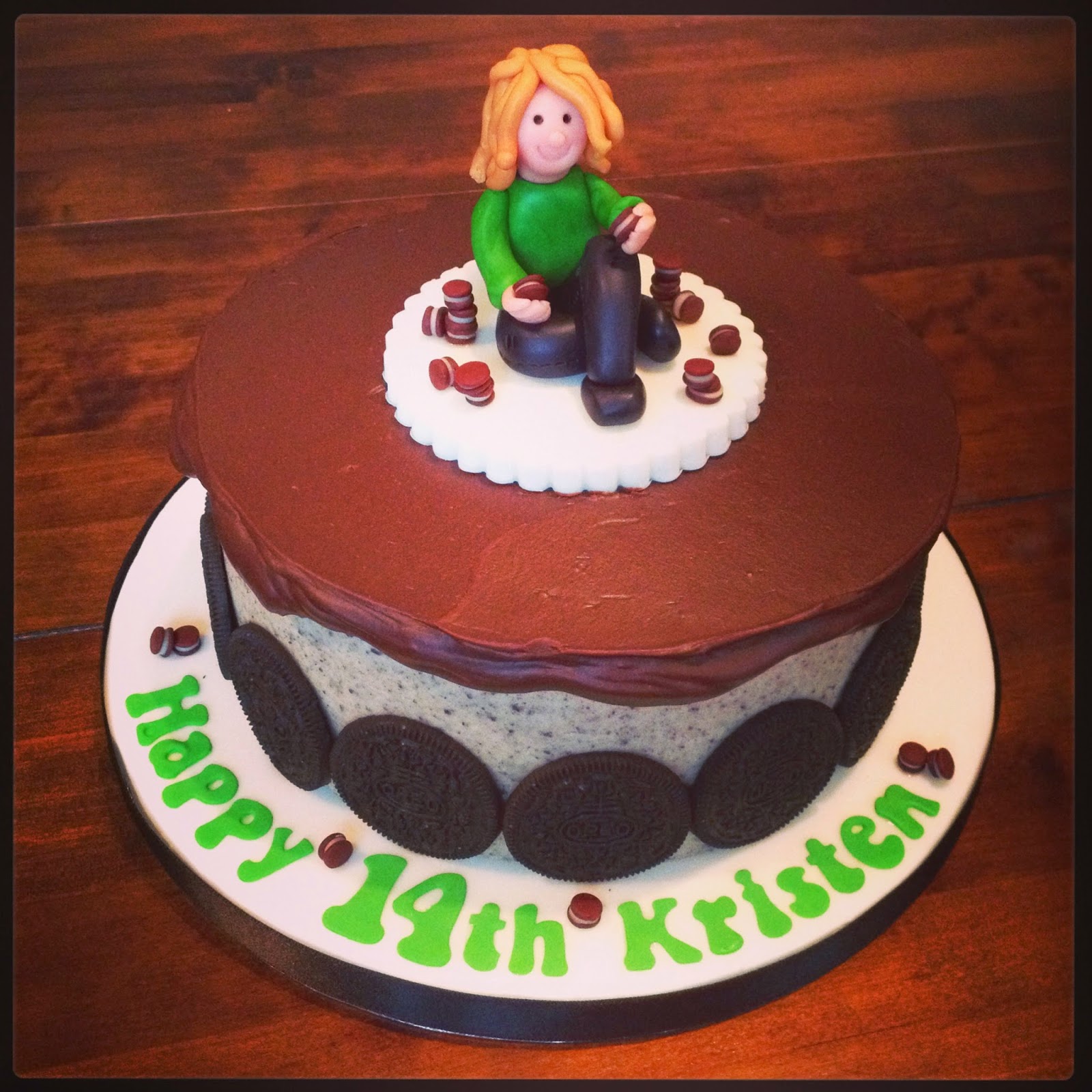 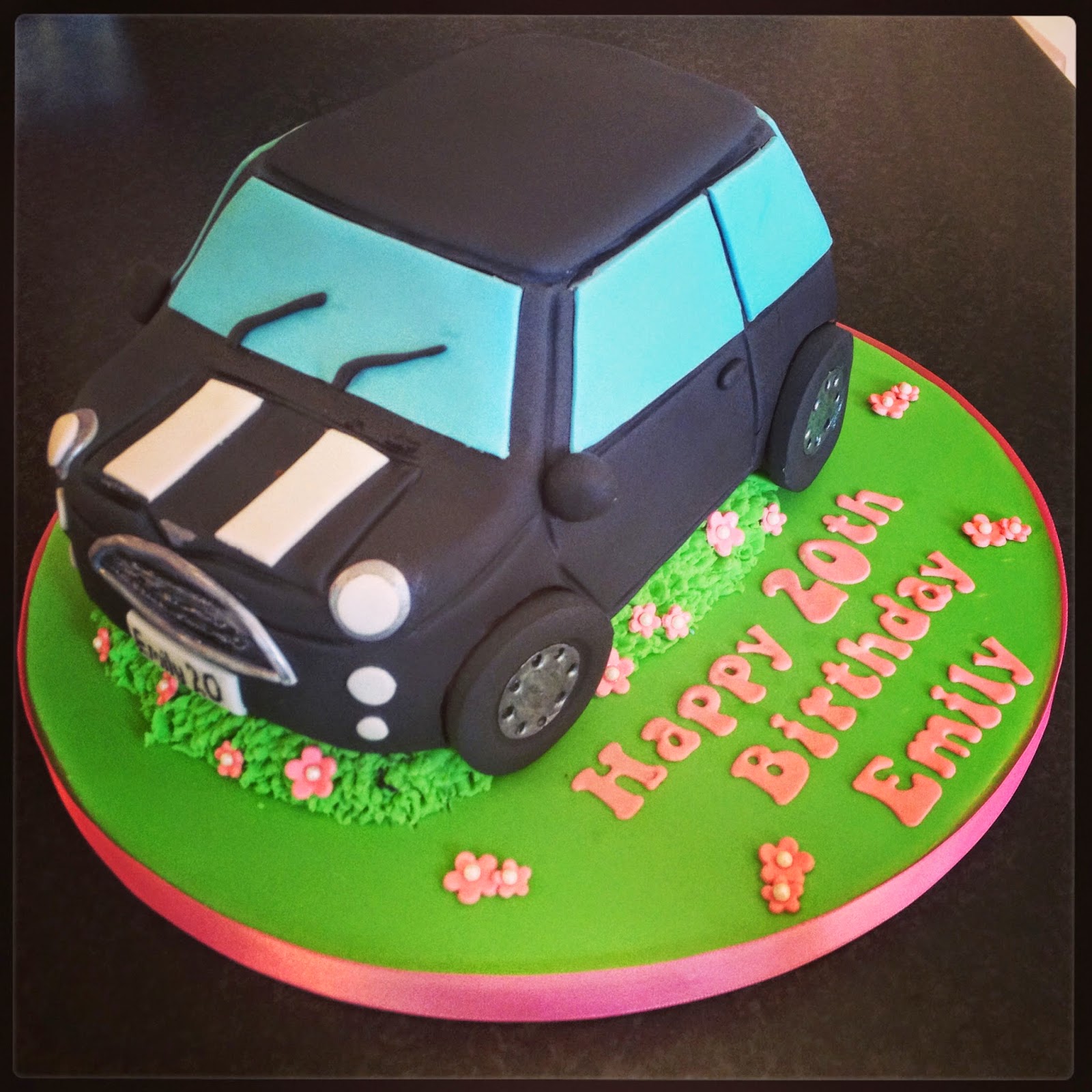 Thanks for reading - next week's projects include a classic sci-fi series, an even more classic movie, and my forth wedding cake!

For those of you that follow this blog (and if you are still following in spite of my sporadic posting of late I am ever thankful!) you will be aware of some pretty big changes happening here. I blogged a few weeks ago that the time demands of holding down a full time job whilst setting up my own business had left me with some pretty hard choices to make about the direction of this blog. One of those was the decision for the time being not to be involved in product reviews, as last minute cake orders have compromised review deadlines of late. Once the business is a little more established this may be something I pursue again in the future.
I am working on getting back into a routine for blogging recipes, and I will be sharing updates from the business every Sunday afternoon. 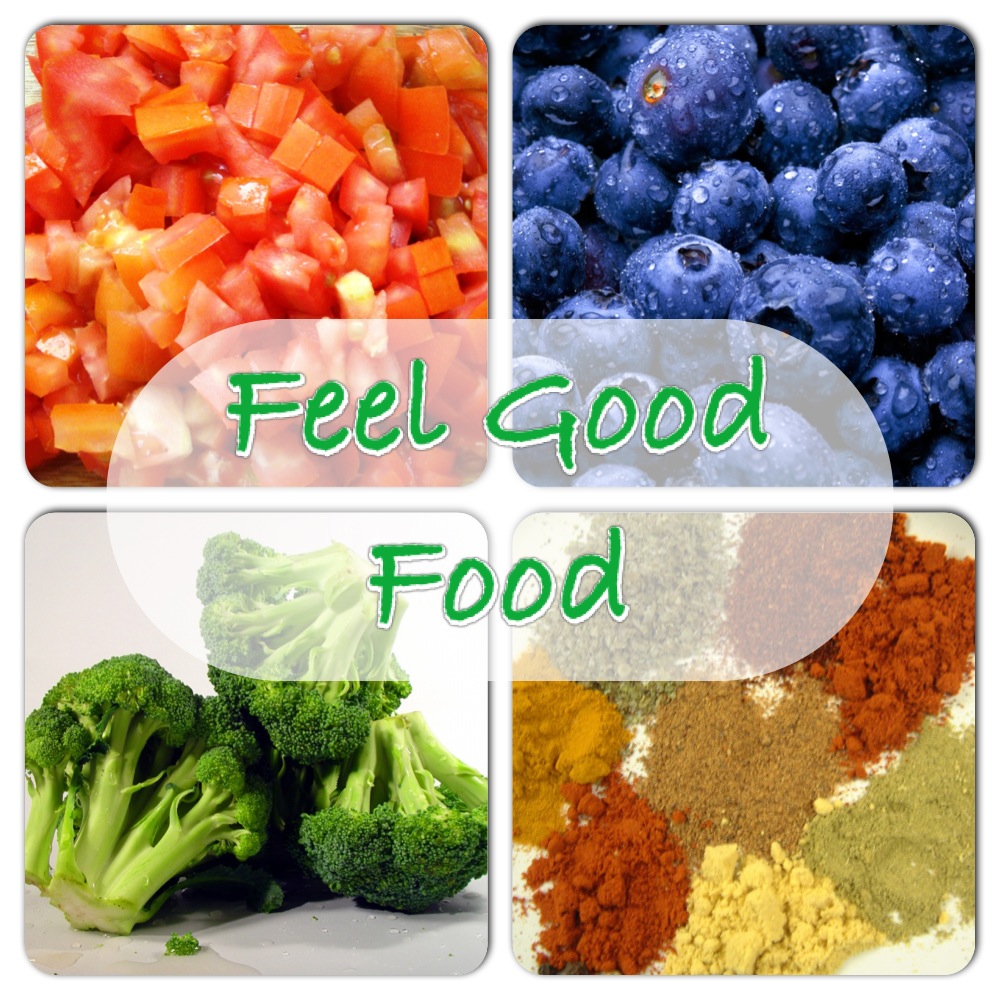 The one aspect of the blog that I have umm-ed and arr-ed over for the past few month's is the Feel Good Food blogging challenge. I have been so reluctant to call time on the challenge, but as I'm sure you have noticed, I simply have not been able to keep up with the administration each month. I have appealed for guest hosts to take up the mantel for a few months to keep the spirit alive, however as none are forthcoming sadly I have to say that the challenge will no longer be taking place.
I will leave the challenge page pinned to the menu at the top of the blog, so any previous challenges and link ups will still be available to read. I thank each and every person that has supported the challenge in the past and taken the time to link up.
Posted by Unknown at 12:58 No comments:

The Pantry Door is officially open for business! Orders are coming in, cakes are going out. So far our customers have been incredibly positive about both the look and even more importantly about the taste of our cakes. We have surpassed our forecast for April, and already have more orders in for May and June than anticipated. I am so excited about this venture, and have decided to share the work we do each week with a little description of the cakes leaving our doors. (This is the first 2 weeks...)

The cake was for a friend's husband. We discussed a few ideas based on his love of rugby, formula one and rallying, but in the end decided on something a little more personal. The little Peugeot 205 is his own rally car, the fact that he is fixing it rather than driving it was an in-joke! 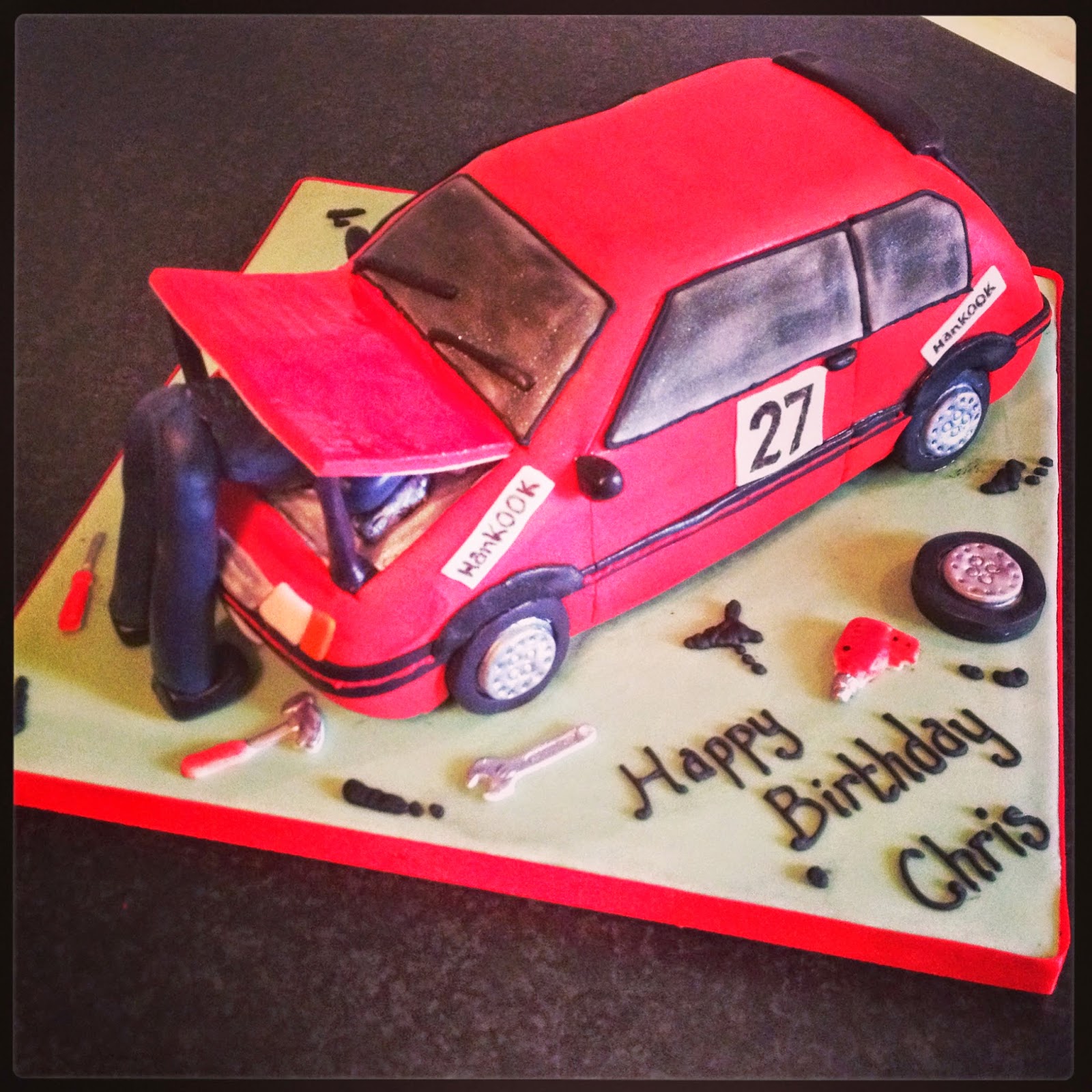 This cake was for a little boy who loves all things superhero. We managed to incorporate seven different superheroes into the design; Superman, Batman, Spiderman, Thor, Iron Man, The Hulk and Captain America. His Mum messaged me the day after the party to say her little boy thought eating the cake had given him superpowers! 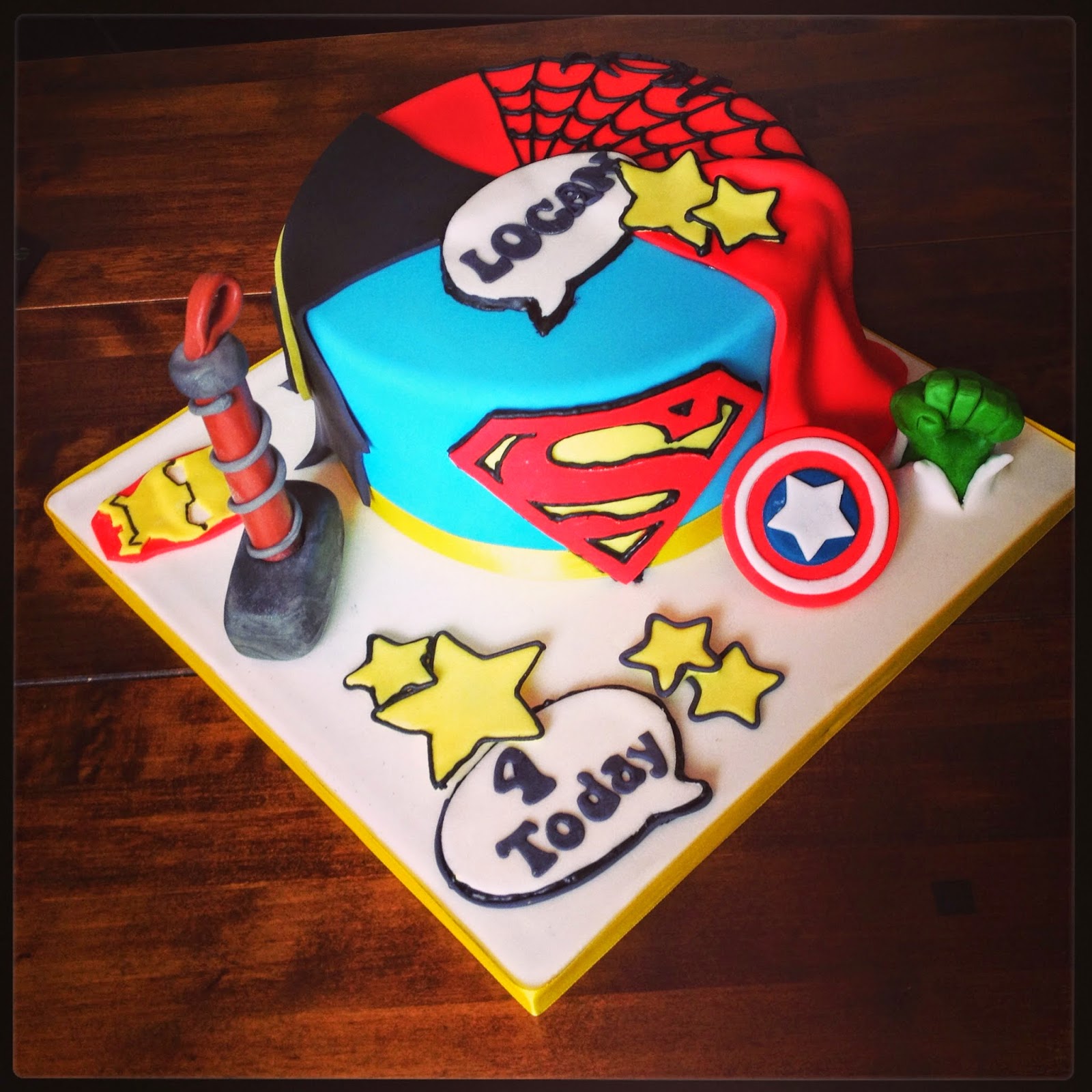 I made this cake last weekend for my Mum's birthday. I really enjoy making cakes as gifts for people, as it gives me the chance to try new skills and push the boundaries. I made a series of sugar orchid flowers and buds, forming them together to make the typical stem of an orchid plant, and bedded it in a small carrot cake covered to look like a flowerpot. The double take from my Mum and Grandparents was worth the hard work on this one! 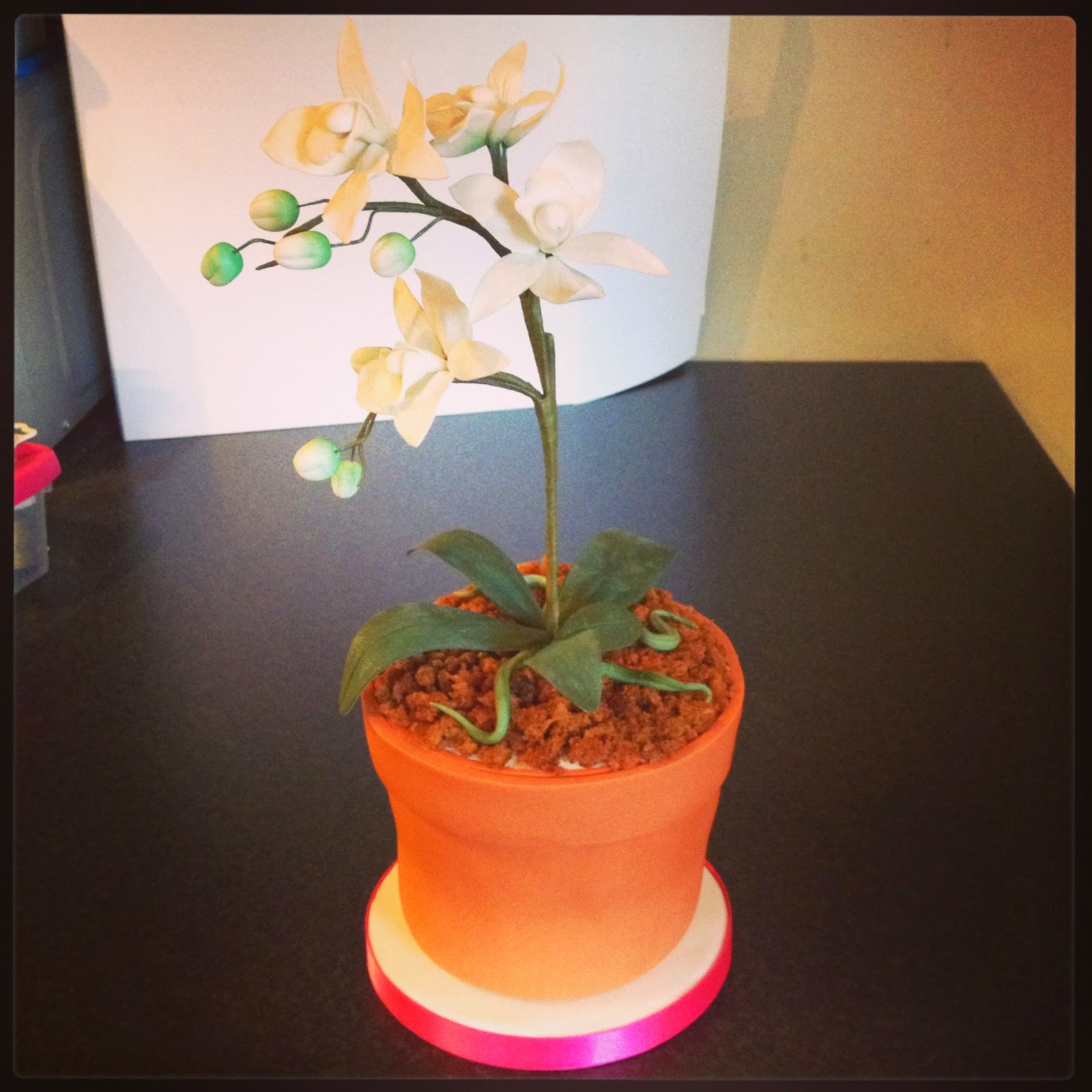 Making food look like other food is all a little bit Heston, but I think it really worked in this replica of the birthday girl's favourite dish from her favourite restaurant! The salmon and squid sushimi pieces were modelled from white modelling chocolate (I make the modelling chocolate myself, and will share the recipe and method one day soon) whilst the wasabi was actually a thickened buttercream. 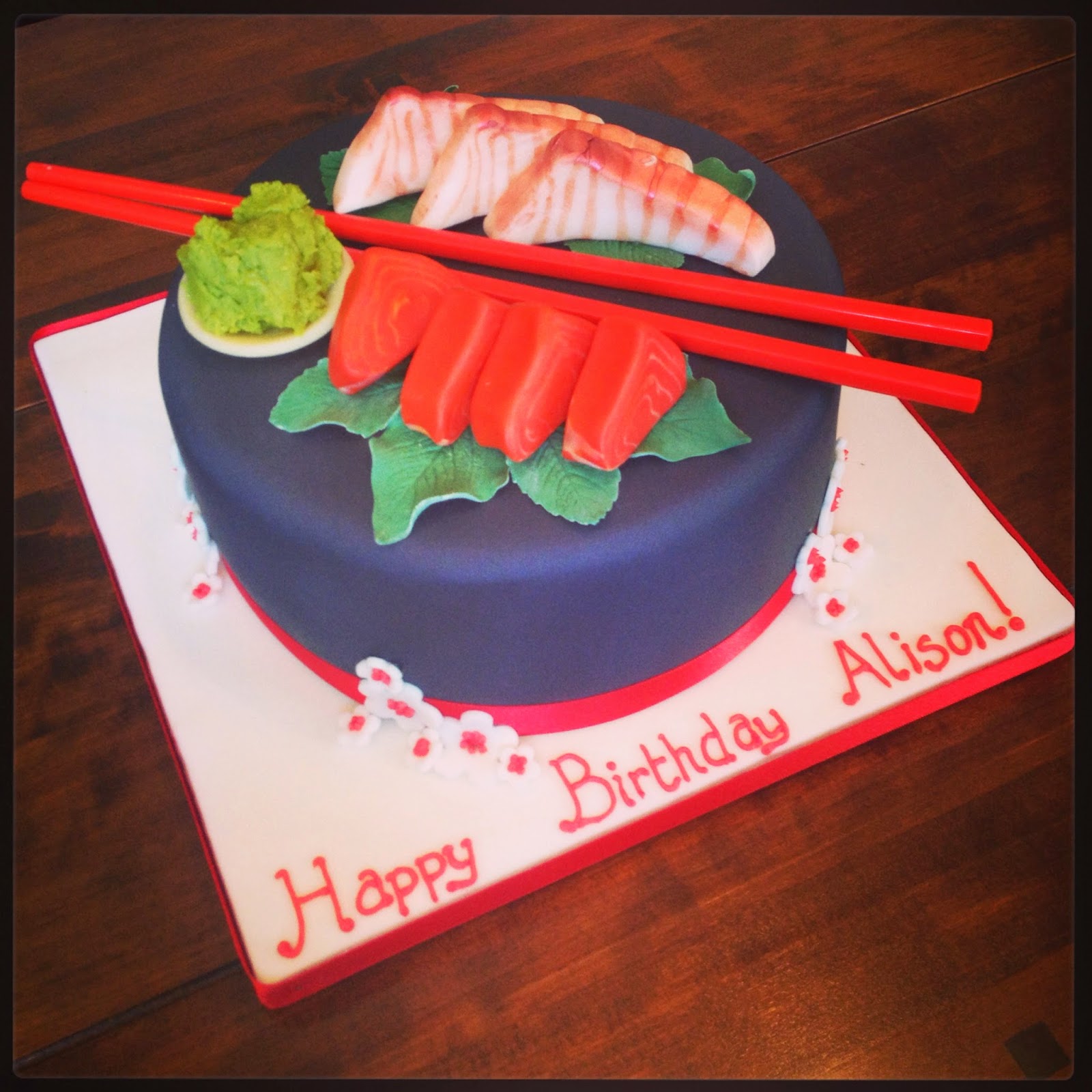 I found out after I had made this cake, that the birthday girl had asked for an iPhone for her birthday, and would be getting this cake instead. Personally, I think a chocolate cake version is the far better option anyway! 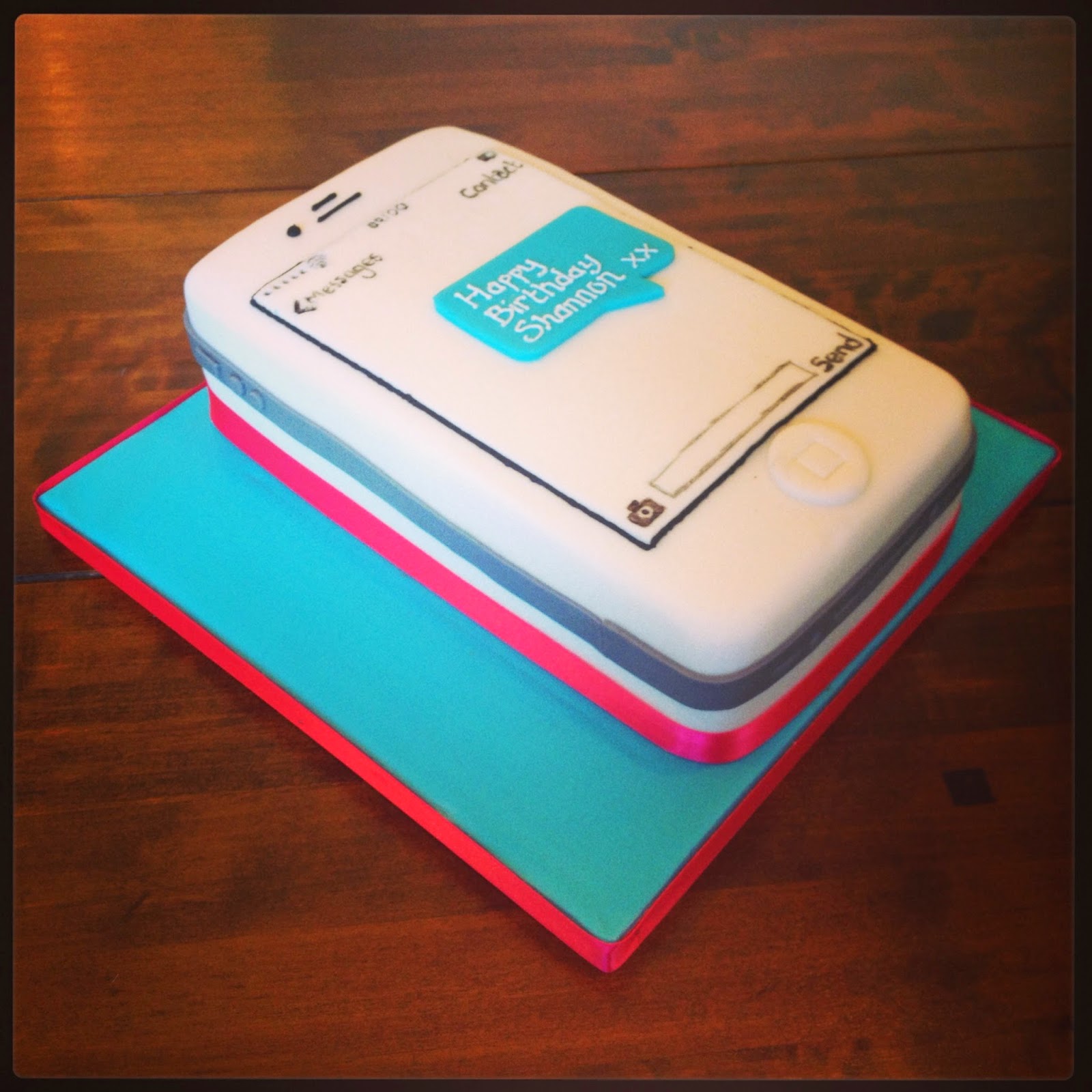 This cake tested everything I've learned to date about cake sculpting and 3-D cakes. The very nature of the shape and dynamics of a motorbike defy the weight and balance of a cake, and I have not yet made the move into making bespoke boards and hidden support structures for cake, but I think I figured out a way to do this, and I can honestly say this is 100% edible, with no support structure at all... 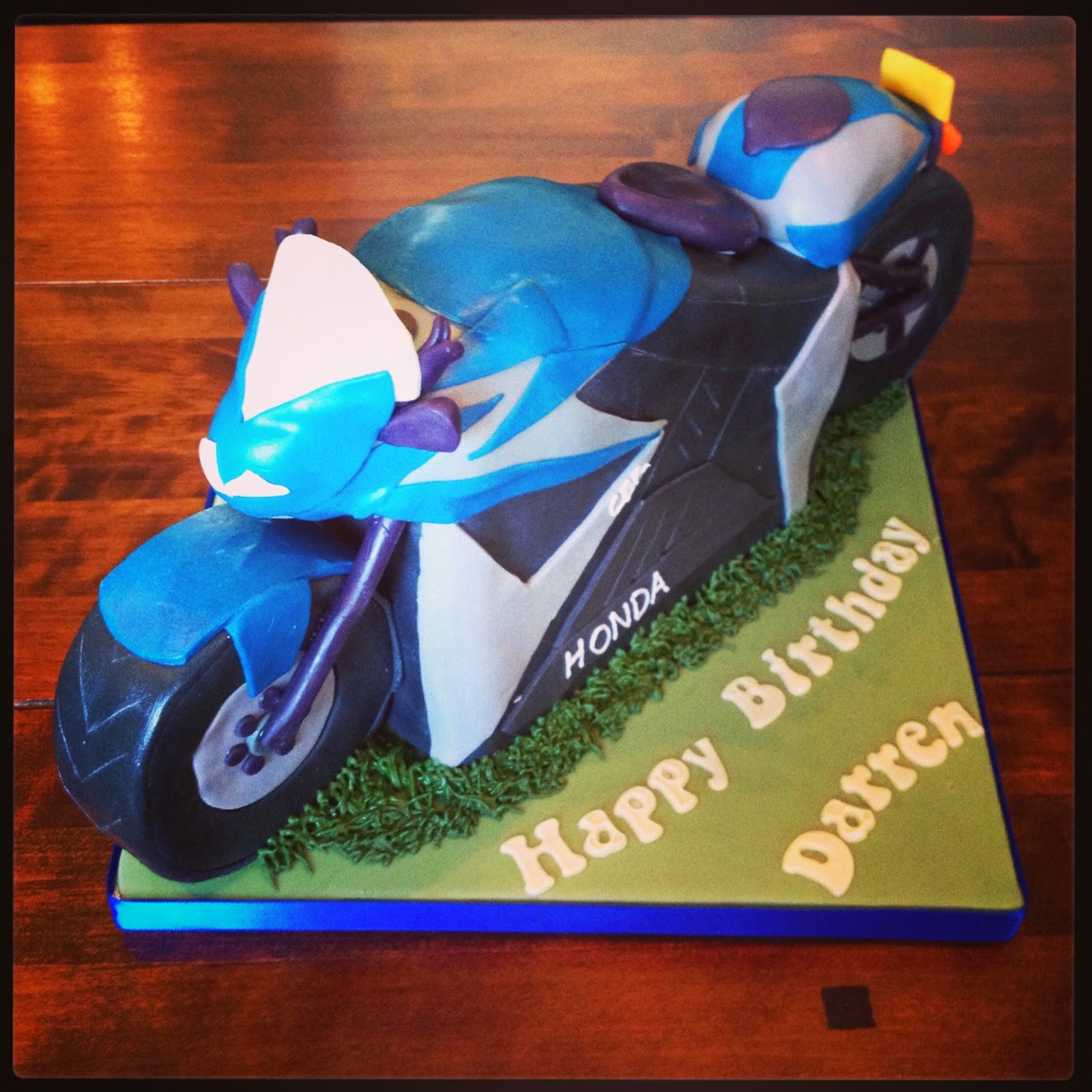 Last but not least, a football shirt cake for my home town team. The puma and CFC logo are hand piped from royal icing, and the club itself re-tweeted a picture of the cake sent in by the birthday boy! 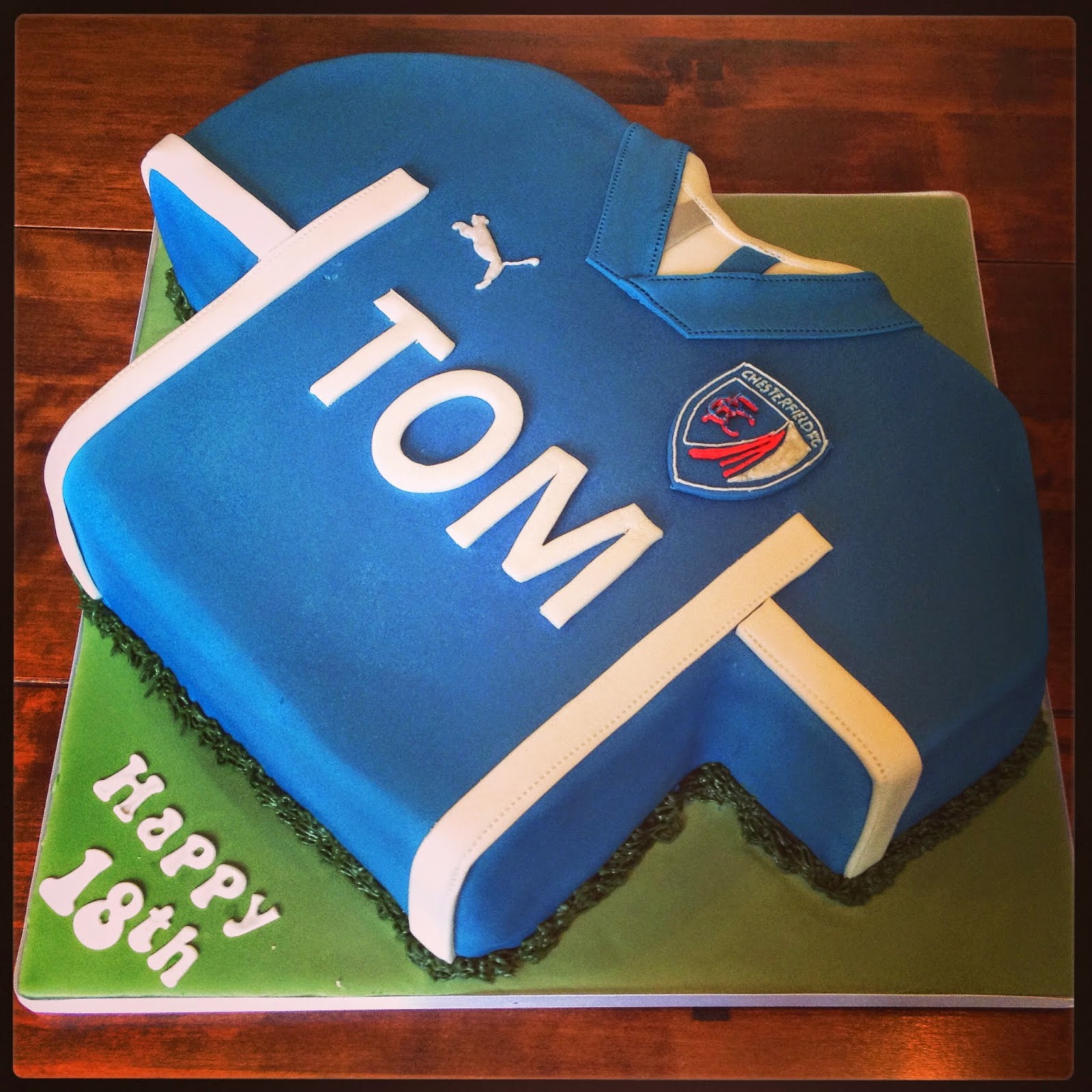 As you can see it's been a busy couple of weeks! Next week is quieter, but I will have a Mini Cooper and an Oreo themed cake to share with you all!